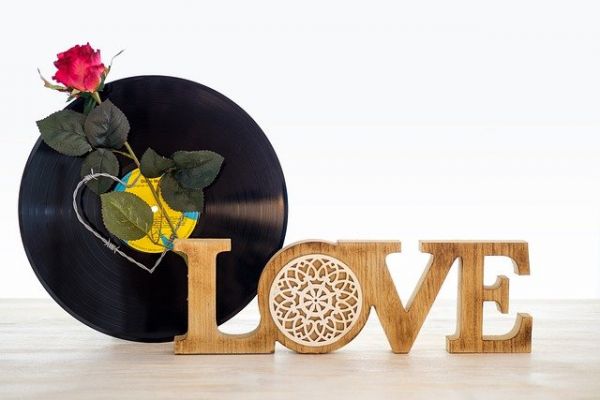 It’s almost Valentine’s Day and as John Paul Young sang in 1978: Love Is InThe Air!  Step into the Oldie’s Vault for some romantic love songs that still withstand the test of time!

The 50’s and early 60’s brought us plenty of groups with smooth, satiny voices, all in complete harmony.  The Crew-Cuts, Platters, Five Satins, Fleetwoods,  Dreamlovers, Paris Sisters and many others, gave us sweet and sincere love songs — both classy and classic.

Movie soundtracks through the ages have featured an abundance of love songs – not just romance movies, but all the venues – including some thrillers!

In 1971, Clint Eastwood starred in Play Misty For Me.  Quite an effective stalker movie proving when “love goes bad, it can get downright murderous.”  The movie also featured Jessica Walter and Donna Mills.  The plot focused on a radio DJ and his female caller who constantly requested the song Misty. Misty was on the soundtrack, as well as Robert Flack’s: The First Time I Ever Saw Your Face – two beautiful and sentimental love songs showcased in this suspenseful tale.

In the 1989 movie Sea of Love, the song Sea of Love was played over and over again on an old-school record player.  Al Pacino and John Goodman played hard-core Manhattan detectives – and Ellen Barkin — WHOA —let’s just say this was a movie that could send a chill up any guy’s spine!

While love can be scary, there’s nothing scary about these blasts from the past — just wonderful songs to add to your easy listening playlist or to share with someone special:

Can’t Help Falling In Love With You – Elvis Presley  ‘61

When We Get Married – Dreamlovers  ‘61

The First Time I Ever Saw Your Face – Roberta Flack  ‘72

Fooled Around and Fell in Love – Elvin Bishop  ‘76

After The Lovin’ – Engelbert Humperdinck  ‘77

Do That To Me One More Time – Captain and Tennille  ‘79

Greatest Love of All – Whitney Houston  ‘86

Let the above songs take you on a walk down Memory Lane – they just don’t make love songs like these anymore!  Check them out on YouTube or load them into your favorite listening devices.  For fans of suspense movies, check out:  Play Misty For Me and Sea of Love – good stuff from decades gone by.

For advertising and sponsorship information on Wonder Women Sixty, contact me at:  ann@wonderwomensixty.com.