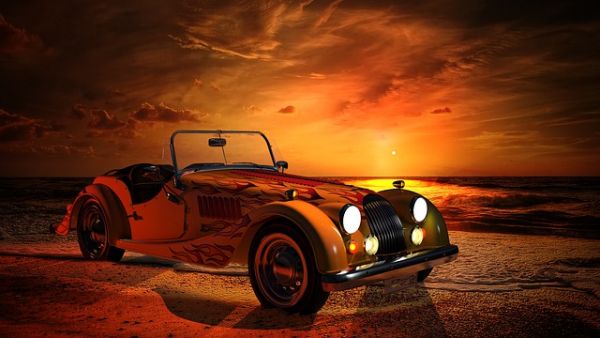 Cars, particularly fast ones, have been the subject of many hits over the years. The tale of a kid driving his car way too fast had his pop proclaiming “son, you’re gonna drive me to drinkin’ if you don’t stop driving that Hot Rod Lincoln.” But when the 60’s really kicked into gear, the surf and beach music blew us out of the water and hit us with a tidal wave of cool car pop hits.

One glance at the list below and you’ll see drag races and hot rods were the rage in the 60’s. Back then, to be a “cool” guy, you needed a “cool” car. Even though the Beach Boys swore nothing could stop their 409, the Rip Chords warned us that their Little Cobra was ready to strike and shut everybody else down. Then the Little Old Lady from Pasadena got into the act with her shiny red sports car – go granny, go granny, go granny GO!

Sadly, “Jan” of Jan & Dean, was critically injured in an auto accident in ‘66. The Duo made a comeback in ‘78 after the TV release of their biographical film: Dead Man’s Curve.

And the car songs still kept coming. In ‘66, Elvis came along and released his hit, Spinout, taken from the movie Spinout, co-starring Shelley Fabares. It’s one of my favorite Elvis movies and he plays a singer in a band and part-time race car driver. In 1970, Janis Joplin belted out: Mercedes Benz – considered to be a social and political song of the times. In 1978 John Travolta preened that his car was “automatic, systematic and hydromatic – Greased Lightning” (from the Grease soundtrack).

In later years we started hearing some pretty racy and suggestive lyrics when it came to car songs. Wilson Pickett got the ball rolling with his Mustang Sally. Prince gave the Corvette a whole new meaning as he slid, wailed and lectured (baby, you got to slow down) through his hot hit: Little Red Corvette. Bruce Springsteen had us singing and dancing in his Pink Cadillac – a totally infectious pop song that was actually the “B” side of Dancing in the Dark. Two years later, Aretha came up with her own version: Freeway of Love (In a Pink Cadillac).

Summer is officially here. So rev up your engines, pop the top and head out to the beach or wherever you’re cruising to with these fun in sun blasts from our past:

Freeway of Love (In a Pink Cadillac) – Aretha Franklin ‘85

Enjoy your ride by loading these oldies into your favorite listening devices or checking them out on YouTube.