That Summer by Jennifer Weiner 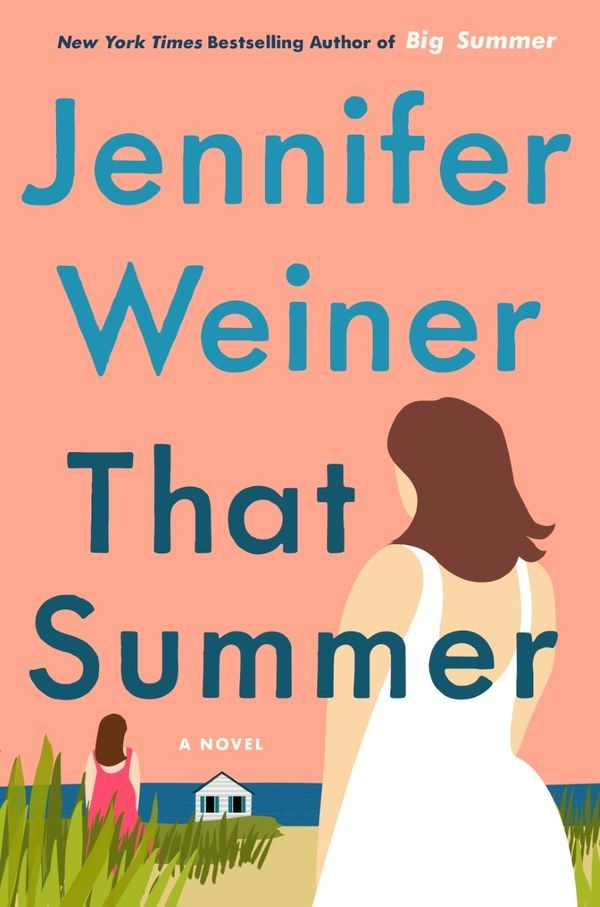 NY Times bestselling author, Jennifer Weiner, gives us yet another “slow summer burn” with her newest release, That Summer. It’s a story about two women named Diana – and both are leading very different lives. This well-paced tale hooks you right upfront with the story of a young 15-year old Diana and a brutal event that changed her life forever. The story follows Diana’s life into adulthood, and the story unfolds as her life becomes intertwined with another Diana (also known as “Daisy”).

Diana #1 is a single, successful consultant in NY and a world traveler who has everything going for her. Diana #2 (Daisy) is living a happy, content life as a mother and as a wife of a prestigious lawyer. She’s got that “white picket fence dream come true” marriage.

Both Diana and Daisy have very similar email addresses, but one wrong stroke on the sender’s part has Daisy mistakenly getting Diana’s emails. As Daisy feels obligated to let Diana know of the ongoing email problem, they find themselves becoming internet pals.

Diana and Daisy eventually meet up in person and become best friends. They truly care about each other and lean on one another for support. Daisy even invites Diana to her home for dinner to meet her family.

As Diana reviews what she’s learned about Daisy’s life, and Daisy starts comparing her own life to single, professional Diana, the story takes you down a road that’s beautiful, sunny and scenic. And as you follow both of them down that road, you start to realize the sunlight is beginning to fade. It’s at the end of that road where you discover a sinister forest – and you’re stuck there until the full story unfolds revealing long buried secrets.

But it doesn’t end there. We learn the hard lesson that no matter how hard you try, you can’t outrun your sins from the past. You can’t leave behind the hurt you’ve caused – and no matter how deep you’ve buried those terrible secrets, they inevitably rise to the surface.

We watch as both women’s lives are turned upside down. Diana is still being tormented by her past, even after all these years. Daisy always thought she and her family had the perfect life. – but now she’s beginning to have her doubts. Her husband has his own issues when one of his closest friends commits suicide. Her teenage daughter is going through all the stages of “finding herself” and things are really getting rocky.

Leave it to Jennifer Weiner to give us that slow summer burn I mentioned, as we find out that not everyone is who they appear to be. There’s an undercurrent of bad things to come: someone’s looking for justice, someone’s searching for atonement and someone else is hiding in plain sight. Yes, someone is going to be blindsided and people are going to get hurt.

That Summer was written in a unique way – bouncing back and forth between the two main characters. This writing style is the “perfect” way to snag you from page one and keep you engaged until the very end. Don’t miss That Summer and Jennifer Weiner’s other bestseller, Last Summer (see my review under the books/mystery category).