Something Fishy This Way Comes by Gabby Allan 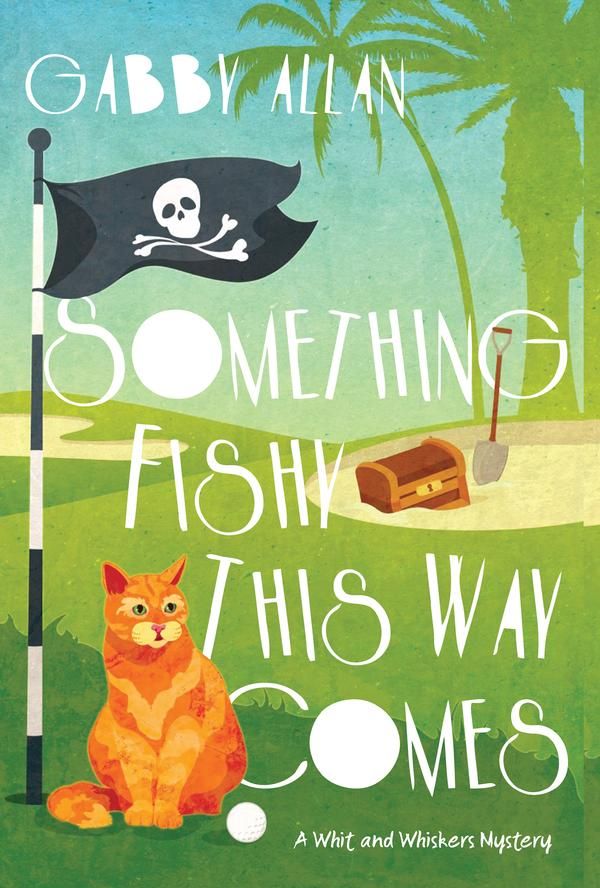 Whitney Dagner has returned to her home town, Santa Catalina Island, off the California coast. She’s running her family’s gift shop (somewhat unsuccessfully) and she’s also a part-time tour boat guide. She’s learning the hard way, that many of the local year-round residents are retired birdwatchers and golfers – and they take their hobbies and sports very seriously!

But nothing can be more serious than finding a dead body on the golf course. It’s horrifying, but not as horrifying as the local police ready to close the case and declare this a simple case of “suicide” – suicide with tire tracks over the victim’s shirt – seriously??? Our amateur sleuth, Whitney, cannot believe her ears and she’s about to stick her nose in everybody’s business!

What Whitney discovers is that the deceased was part of a major family feud — a feud that would make feuding experts the Hatfields and McCoys downright proud! On Santa Catalina Island it’s the Aherns versus the Franklins and it’s almost 100 years of ugly! That’s when newly relocated Whitney learns that’s there’s a lot of animosity between the local residents. The Aherns and Franklins are bitter enemies – both sides standing their ground and being incredibly childish. But here’s the rub: no one on either side knows what they are actually feuding about!

Whitney is stuck in the middle – she has friends that are both Aherns and Franklins but is wondering if this suspicious death was a cold-blooded murder that had something to do with this age-old feud — and she can’t let it go.

Catalina Island is the perfect setting for this delightful cozy that will keep you guessing as you follow along with Whitney through a maze of local suspects and false motives. The characters are colorful and refreshing. Whitney’s grandparents Goldy and Pops are retired spitfires that add an extra flare to the story, along with plenty of locals harboring hatred in their hearts – could one of them be a killer?

A perfect summer cozy to enjoy with refreshing glass of lemonade in hand, Something Fishy This Way Comes by Gabby Allan (A Whit & Whiskers Mystery) is a summer treat.

A copy of this book was provided by Kensington Publishing, a sponsor of Wonder Women Sixty.