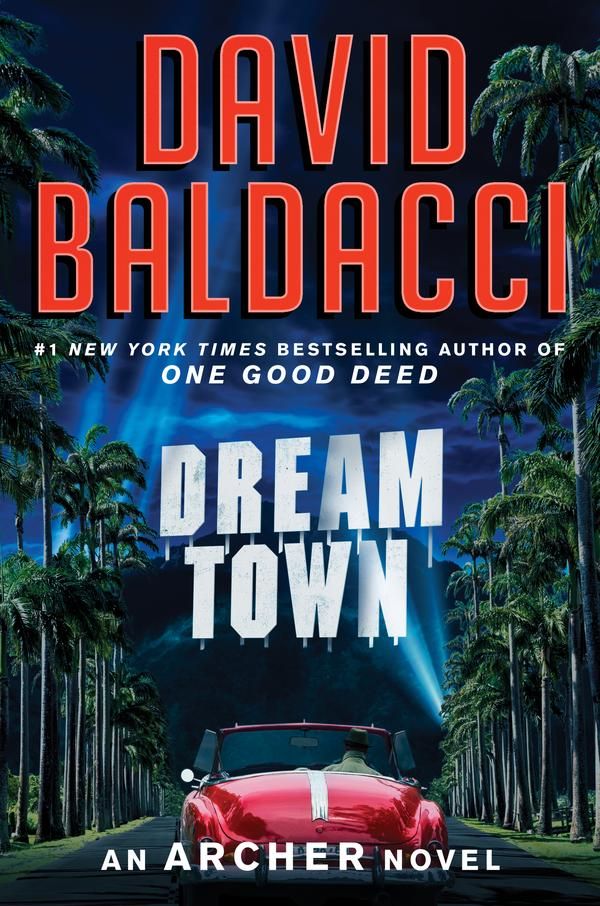 But their celebration is briefly interrupted when Ellie, a screenwriter and Liberty’s friend, spies them having dinner and comes to their table “just to say hello.” As Archer is about to find out, in Hollywood there’s no such thing as “just a hello!” When Ellie finds out Liberty’s friend is a private detective, Ellie pleads for Archer’s help. Apparently someone is trying to kill her. She doesn’t know why. She doesn’t know who. And so begins this stellar mystery transporting us to 1953.

Baldacci portrays such a realistic setting that you’ll forget you’re in 2022. You’re in a different time, a different era – and you’re solidly “locked in.” Private eyes were tough guys, usually living on the edge. Corruption and mobsters still ruled in places like Los Angeles. The smell of booze and cigarettes permeated the stagnant air that languished in gambling joints and speakeasys.

We find Archer ringing in the first day of the new year looking for his new client, Ellie. He discovers a dead body in her home – but no trace of her is to be found.Later, being at the wrong place and wrong time, he spots a boat before dawn unloading suspicious cargo – and he’s been spotted! He escapes, but the smugglers, unfortunately, got a good look at him. None of this is what he had in mind for the new year!

As the days go by, Archer has a sinking feeling that his missing client is dead, the body stashed in some unknown location. Was it the mob? Was it a jealous boyfriend? Did this have something to do with her screenwriting job in Hollywood?

Archer is not liking what he’s seeing – it’s a dirty business but he’s in it for the long-haul, no matter what the cost.

Dream Town is a silky spun web of deceit, blackmail, greed and murder with a labyrinth of Hollywood’s seedy closeted secrets and scandals tossed into the mix. The mystery, drama and detailed setting is guaranteed to suck you into the thick of the plot and you’ll find it’s a hard book to put down!

I “was” in 1953 and loved shadowing Archer in an era when TV was just starting to take off, cases like the Black Dahlia were still talked about, and Lombard and Astaire were at the top of their game. Lucky Strikes, Chesterfields and Pall Malls were never in short supply — deals were made (or broken) on Hollywood’s casting couches — and local gangsters bought their crooked cops.

This is Wonder Women Sixty’s top pick for summer reading. Released by Grand Central Publishing, add this to your summer reading list – feel the heat – Dream Town by David Baldacci is a scorcher!