The Christmas Egg by Mary Kelly 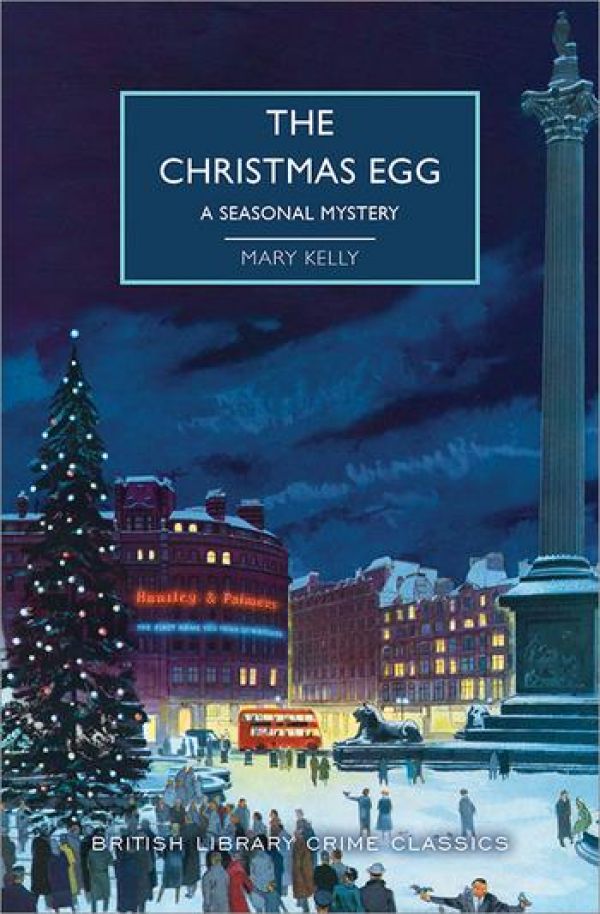 Straight from the British Library Crime Classics is The Christmas Egg, a seasonal mystery by Mary Kelly.  If you’re a true mystery lover and have never read or heard of Mary Kelly, then you owe it to yourself to pick up a copy of this book.  The 5-page intro and insight into the fascinating career of Mary Kelly by CWA Diamond Dagger Award-winning author, Martin Edwards, is a “must read” before you delve into this book.

As Mr. Edwards immediately points out, this book was first published in 1958 and is an unconventional Christmas crime novel by an unconventional writer.  The Christmas Egg is Mary Kelly’s third book featuring her Detective Chief Inspector Brett Nightingale.  She published only ten books in an 18-year span, and then on her own accord, simply vanished from the writing field even though she lived until 2017.

If you’re looking for a high octane thriller, heavy-duty body count, or nail biting edge-of- your-seat mystery, this isn’t for you.  This book is a slow, quiet mystery best read under cozy covers or in a comfy armchair on a cold, wet drizzly morning or night.

It was written way before cell phones and modern tech – back in time to London, December 22nd as Christmas closes in.  The scenes and characters are meticulously depicted, and the British slang and jargon often puts a smile on my face.  Their lifestyles were so different compared to ours here in the States, that it made the story even more interesting.  Lunch?  Soup in a flask, spuds, cold turkey, rolls, mince pies, kippers and custard – count me in!

The story opens with Princess Olga Karukhim – an old woman and an émigré of Civil War Russia.  She’s keeping a low profile in her rundown London flat.  Hidden from her grandson, landlord and other prying eyes, is a locked trunk filled with treasures from her past — riches in the form of old-world jewelry encrusted with emeralds, pearls, diamonds and other precious stones designed by the finest jewelers in the world.

Chief Inspector Nightingale and Sergeant Beddoes have been called to Princess Karukhim’s gloomy home.  There’s a dead body on the bed and the trunk is empty — so the cat and mouse games begin.  Nightingale and Beddoes stealthily and methodically locate and shadow a high-end jeweler, a down-trodden grandson and plenty of shady characters who would stop at nothing to line their personal pockets with someone else’s fortune.

As the inspector closes in on the culprits, there’s a winter chase depicted so realistically, that I actually got a shiver from the snow storm that was impeding the investigation.   It’s during this track down where you start to feel like you’re actually out there in the frigid, blustery storm with Inspector Nightingale who is just trying to survive the severe weather while struggling to apprehend the real masterminds behind the theft.  At this point you and the Inspector become a bit worried that you might not make it to Christmas!

Hats off to Poison Pen Press for releasing this uniquely different classic British mystery.  I thoroughly enjoyed this lost gem while under a fluffy comforter on a brutally cold, windy morning – it paired perfectly with my coffee and pistachio biscotti.  If you want a different type of mystery, a true classic, then check out The Christmas Egg.

A complimentary copy of this book was provided by the publisher.  For sponsorship info, contact:  ann@wonderwomensixty.com