The Rat Began To Gnaw The Rope – C.W. Grafton 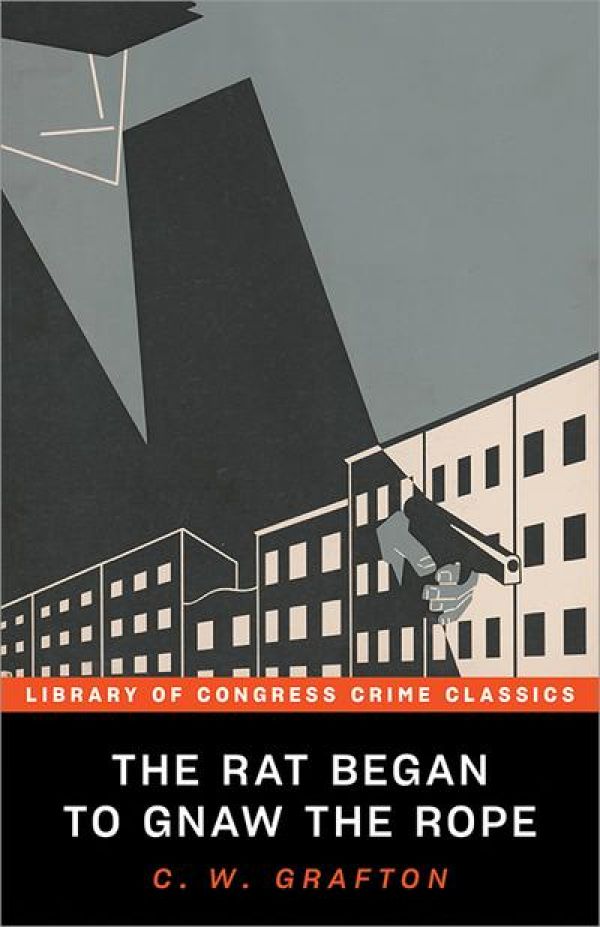 It’s another step back in time and crime to the early 40’s, with a superb tale by C. W. Grafton. For those fans of the late Sue Grafton (i.e., her Kinsey Millhone Alphabet Mystery Series), Sue was one of the daughters of C.W. Grafton – and it’s more than obvious, the apple didn’t fall far from the tree!

Daddy Grafton got the ball rolling with his classic crime novel The Rat Began To Gnaw The Rope. But it’s more than a classic crime novel. This is a tightly woven tale of stock fraud, laced with multiple intricate strands of murder and mystery.

The lead character is Gil Henry, a young lawyer and junior partner at a prestigious law firm. He’s had his life threatened, his tire shot out (causing him to be in a serious auto accident), been knocked out, had his room ransacked, nearly got arrested for blackmail and quit his job – all in TWO days!

WHY? Because 2 days ago, a new client, Ruth McClure, came walking into his office, wanting Gil to check on the value of some old family stocks – a simple job that turned his life upside down. This is the story of Gil’s relentless pursuit of the truth at any cost and bringing a killer to justice.

Gil is like a dog hanging onto the postman’s pant’s leg – he just won’t let go. He knows there’s something fishy going on with Ruth’s stocks. He immediately goes to the source, beginning his investigation with a trip to Harpersville, KY (small-town America), where old money bags, Mr. Harper and his family still reside, reign and rule.

Within a few days of his arrival, he’s sucked into a high profile murder and finds himself trying to help a client that doesn’t want his help. Everyone and everything that keeps happening seems to be somehow tied to these questionable stocks. He’s an outsider looking in at all the Harper family members, their doctor, accountant, friends and even the hired help – but like a bad math problem, things just aren’t adding up.

The story is set in 1941, a different time, different era, different values. It’s also a reminder of how far we’ve come and how much things have changed. But it is a most solid crime story and it’s solved without any kind of modern technology.

If you’ve enjoyed the other Library of Congress Crime Classics or British Library Crime Classics that I’ve reviewed on my site, you’ll want to read C. W. Grafton’s The Rat Began To Gnaw The Rope! If you’ve never read any bygone mysteries or crime classics, this is a great one to start with!

Thanks to Poison Pen/Sourcebooks for bringing back these lost classics. If you’re looking for more reviews on both classic AND modern day mysteries, be sure to check out the “books/mystery” category on this site – there’s something there for everyone!

A copy of this book was provided by Poisoned Pen/Sourcebooks.