From The Oldies Vault: Happy Music 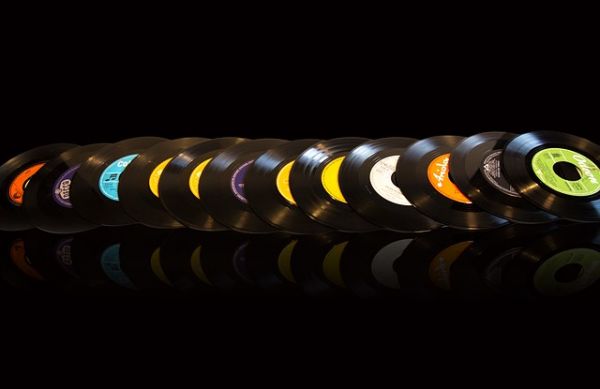 Spring is in the air – summer is right around the corner – things in general are looking “up!” Time to step into the Oldies Vault for some Happy Music!

The Blackbyrds were an American rhythm and blues/jazz-funk fusion group hailing from Washington, DC in 1973. They are best known for their 1974 song Walking in Rhythm. But they also gave us another great song that’s been long forgotten: Happy Music!

Who doesn’t need some happy music – fun, upbeat sing-a-long songs to make you snap your fingers – and no better song to snap your fingers to, than Stevie Wonder’s Fingertips – ev’rybody say “yeah”! And who doesn’t want to kick off their shoes and join Robert Parker in some Barefootin’? Or how about some twitchy, quirky, songs like Hot Hot Hot or Rhythm Is Gonna Get You that will make you want to start a conga line in the warm summer sand?

Jungle Love by the Time makes me want to hang from a chandelier while Le Freak by Chic has me pumping some disco moves while vacuuming! Stevie Wonder encourages everyone to call someone – anyone – and tell them how much you love them. Bowie wants to take our hand as he asks us to “dance.” Ray Parker, Jr., gives us serious guitar riffs when he falls in love with The Other Woman – and reminds us when there’s a bump in the night to call Ghostbusters.  James Brown “got us” and he feels good.

Sadly, we recently lost Jim Steinman (age 73), famed songwriter who composed Meat Loaf’s popular hits. But he sang one song himself that hit the Billboard Top 100 in 1981: Rock and Roll Dreams Come Through. It’s rarely heard on oldies stations and it’s beautiful. It’s a somber story about a broken heart. But Steinman turns the song into a power play of encouragement, proclaiming the beat of rock and roll is ours forever and will always be there when we need it the most, letting our rock and roll dreams shine through. If you don’t remember it or haven’t heard it in a while, check this one out of YouTube – the story, the lyrics, are filled with hope.

Another lost group is the Showmen. Their most popular hit was in 1961, It Will Stand. It’s a simple, sweet song about how Rock and Roll music will “stand” forever – and the Showmen go on to explain why. This, too, is rarely heard on the airwaves and definitely worth checking out on YouTube…a solid carefree and just plain happy song.

There are loads of lost hits that get neglected on our oldies stations. Another example is Yellow Balloon by the sunshine pop band, The Yellow Balloon. This song is one of those happy-go-lucky songs that gives you a light and airy, positive vibe. The group is notable for featuring Don Grady (think Mouseketeers and My Three Sons).

Now’s the time to check out some of these upbeat blasts from our past on YouTube. Check out the lyrics, sing along, dance along – load them into your favorite listening devices – good stuff from days gone by. So as noted in the Partridge Family’s theme song, let’s C’mon, Get Happy:

Rock Around The Clock – Bill Haley & His Comets ‘55

Shop Around – The Miracles ‘60

I Saw Her Standing There – Beatles ‘64

Then Came You – Dionne Warwick ‘74

I Just Called To Say I Love You – Stevie Wonder ‘84

Rhythm Is Gonna Get You – Miami Sound Machine ‘87