Murder After Christmas by Rupert Latimer 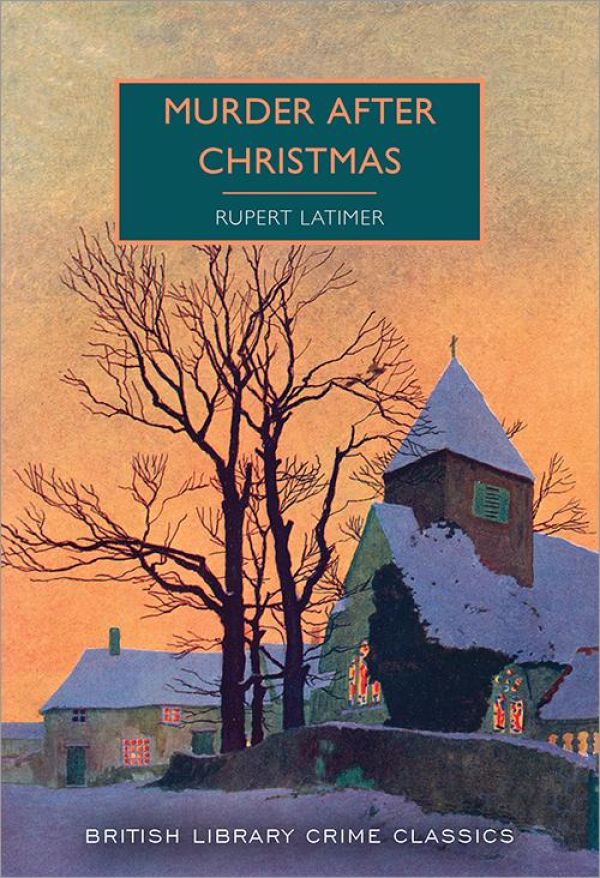 I couldn’t find a better winter mystery to kick off 2023 than Murder After Chrismas, A British Library Crime Classic by Rupert Latimer. This book was first published in 1944 and it’s one of most intriguing mysteries I’ve ever read.

There’s a war going on. It has disrupted everyone’s lives and travel plans. As the holidays approach, we find married couple Frank and Rhonda Redpath anxiously putting together a Christmas celebration on Boxing Day. After all, with the state of things, everyone needs some holiday cheer.

They’ve even sent an invite to Rhonda’s rich and elderly stepfather, Uncle Willie, inviting him to spend the holidays as a guest in their home. They haven’t seen Uncle Willie in years. He’s an endearing old man with serious health problems. He’s also a man who realizes he’s on heavily borrowed time, but to the Redpath’s surprise, he accepts their invitation. Staying with the Redpaths for the holidays will also give him a chance to catch up with Paulina. a quiet no-nonsense stately woman who also resides in the house.

The party finally comes together with a unique array of guests. It seems like all of the attendees are coming to the party “just to meet and talk” with Uncle Willie. It soon becomes apparent that most of the guests are really interested in only one thing — Uncle Willie’s money.

And Uncle Willie’s loaded. He’s got quite a past – including a scandalous amount of wealth he inherited and never had to work for. He was also married multiple times (and is still married to an ailing wife) plus has had plenty of affairs. But in spite of his declining health, he’s feeling fortunate and generous, and is planning to liberally spread around some of his wealth. And as the saying goes: the sharks are circling — they smell blood.

You’d be hard pressed to find a greedier bunch of holiday well-wishers and hypocrites than the Redpath’s party guests…even the hosts are opportunists. But at the height of the Christmas celebration, a dead body is found frozen in the snow. Local constables, Culley and Major Smythe, think this “could be” an accidental death.

But as time goes on, they realize there are more possibilities besides an accidental death. Were chocolates poisoned? And what about the extraordinary over-abundance of hidden mince meat pies (there was even one found inside the padding of a chair) – could one of the pies have been toxic? Was there a shove out of a second story window? Culley and Smythe also discover there are a lot of people planning and plotting so many things AFTER Christmas – perhaps linking one or more of them to the body in the snow.

I had to read the last few chapters very slowly to take in the ingenuity and brilliance of this most twisted and seriously convoluted plot. There are so many hidden agendas, so many secrets and so many treacherous and nefarious players that by the end of this spellbinding mystery, you’ll be in awe of the long-drawn out, deeply secured murder mystery that’s sure to have you shaking your head.

Hats off to Poisoned Pen Press for giving us another stellar mystery classic. This is truly the perfect mystery to take you through those cold winter nights with a hot toddy or cup of tea in hand. No worries about the nasty weather outside when you can stay snuggled at home, utterly mesmerized with Rupert Latimer’s Murder After Christmas.

A complimentary copy of this book and cover photo were provided by Poisoned Pen Press/Sourcebooks.