Written on 1 September 2021. Posted in Reviews. 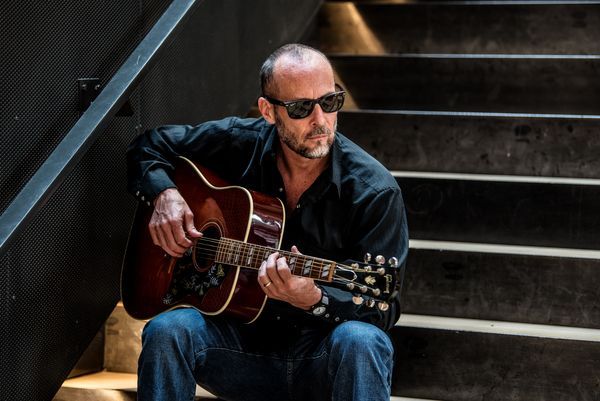 Paul Thorn’s music is bluesy, rocking, thoroughly Southern fried and sometimes downright countrified!  Born in Tupelo, Mississippi, Thorn and his music are “of one” — music has filled his life since he was a kid — and it shows!  His unique style resonates with folks of all ages, and his stories and songs are solid with depth and meaning.

Wonder Women Sixty is pleased and honored to be able to share this candid interview with Paul Thorn.  So without further adieu, Here We Go:

First off, I’m excited to ask about your newest album release:  Never Too Late To Call.  When did you decide to begin working on this project and what was your inspiration for this particular release?

The writing of this record occurred during a six-year period when I didn’t put any original music out, mostly because I developed a drinking problem.  A lot of these songs came from that.

I reveled in every cut, every story, but couldn’t stop myself from dancing in the living room to Here We Go.  Can you give us a little background on this positively stellar song?

The song is just about how good it is to have someone in your life who you want to go thru life with.  It’s about the journey of life, but also the afterlife.

I loved the duet with your wife, Heather, Breaking Up For Good Again.  Your voices complement each other and blend together effortlessly.  Are you planning on any more duets with her in the future?

I haven’t looked that far ahead, really, so I don’t know.

2020 was such a challenging year for everyone.  Was it hard to stay focused and concentrate on your music or did this actually give you somewhat of a breather?

I didn’t focus that much on my music during the pandemic.  I did a lot of artwork to pass the time to be honest.

When you first became interested in music, how old were you and what groups, artists or styles of music did you listen to?

I’ve been singing in church since when I was 3-years-old.  Gospel music has been the biggest influence on me as an artist.

The first time was when I turned 57 (Paul laughs).  Just kidding.  I don’t know, that’s a hard question to answer.  I think it may have been when I won the talent show in the 8th grade.  I was a very insecure kid, but when I won it,  it gave me confidence and boosted my self-esteem.

What advice would you give to up-and-coming musicians who are struggling to break into the music business today?

Try something else!  Just kidding.  I don’t know what to tell them because I don’t know how to get in the music business myself.  I just do what I do.

How many albums have you put out in your career?  Which one was the toughest one to work on and why?

I’ve put out 17 albums.  This last one was the toughest to work on because of the pandemic.  I had recorded it at the end of 2019, and then I had to sit on it for over a year, so without a doubt, this new one.

Are there any of your albums that hold an extra special place in your heart — and if so, why?

I think this new one holds an extra special place in my heart.  I made an important life change during the recording of it as I quit drinking.  That was a big deal to me.

What projects are you currently working on now (including touring)?

Right now my focus is getting back out there, touring and playing my new songs.

Tell anyone who reads this to spread the word that I got a good record out.  I want everyone to hear it!

Want to read a review for Paul Thorn’s newest album, Never Too Late to Call?  Then visit the “music/reviews” section on this site for a full review.

Learn more about Paul Thorn, including upcoming concert dates, by visiting him at: paulthorn.com

Musicians, authors, publishers and sponsors can contact me at:  ann@wonderwomensixty.com