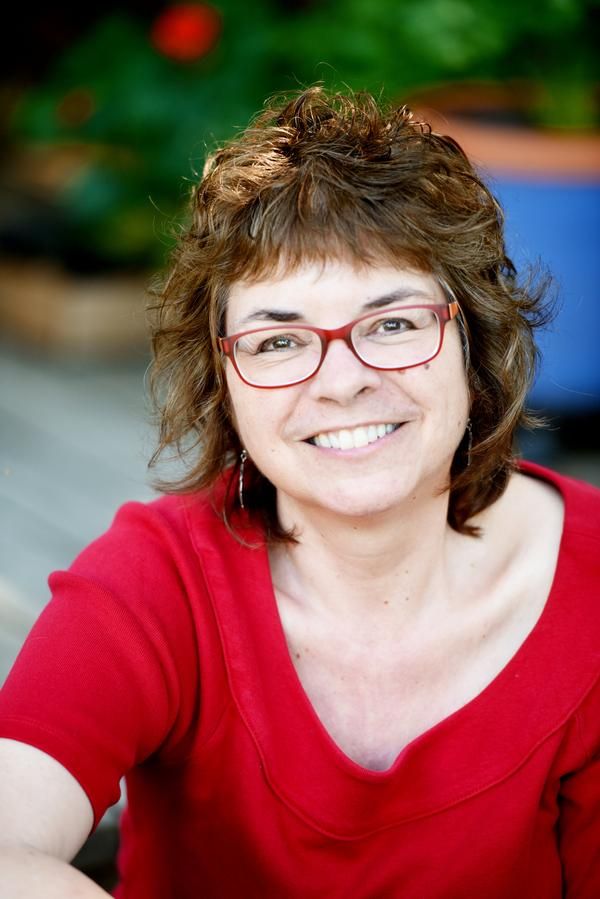 Whether you know her as cozy mystery maven Leslie Budewitz or as suspense novelist Alicia Beckman – or both – it doesn’t matter – it’s all good! Below is my interview with this versatile author:

Leslie, your As The Christmas Cookie Crumbles (A Food Lovers’ Village Mystery) is one of my all-time holiday favorites. How did you come up with the Christmas mystery/wedding theme?

Thanks! I love that book, too—so much going on! Jewel Bay is modeled on our NW Montana town, where the entire village, aka downtown, decorates and celebrates together. And because the focus of the cozy mystery is community, what better time for a murder? My main character, Erin Murphy, got engaged at the end of Treble at the Jam Fest, but between her busy retail season at the Merc and Adam’s work running a wilderness camp for kids, the summer wedding season got away from them. Combining the two seemed like a natural.

Jewel Bay, Montana is the setting for your Food Lovers’ Village Mysteries. Your final installment in this series is Carried to the Grave and Other Stories. It’s the perfect vehicle to end this series. What made you decide to do a compilation of stories all set in Jewel Bay rather than a final book?

Short stories give a writer the chance to develop an idea that isn’t big enough for a novel or that doesn’t fit within the flow of a series. I’d already written “Carried to the Grave” and “A Death in Yelapa,” which appeared in the anthology Malice Domestic 14: Mystery Most Edible. Then I had the encounter in the UPS store that led to “A Christmas Stranger” and the book practically finished itself.

I’d long wanted to write a historical prequel, which became the novella that concludes the book. It’s set in 1910, the year Erin’s great-grandmother Kate came to Jewel Bay as shopkeeper Paddy Murphy’s new bride. Turns out Erin’s sleuthing skills may well have been inherited! Readers have asked for more of Kate and young Grace, and Erin has appeared in another short story, in the Murder in the Mountains anthology, so there may be a follow-up at some point.

The collection also lets readers see the village through the seasons, meet different characters, and get a taste of the place.

The newest book in your Spice Shop Mystery series, Peppermint Barked is coming out in July. Can you give us a clue as to the plot?

Seattle Spice Shop owner Pepper Reece investigates when a young woman is brutally attacked while working the Christmas rush in her friend Vinny’s wine shop on the busiest shopping day of the year.

I’ve long said that the search for identity is key to a woman’s life, and it appears often in my work, particularly in the Spice Shop series. In Peppermint, I decided to flip the script and look at some of the ways men struggle with their sense of self, and how they respond when it’s challenged.

As Alicia Beckman, you are writing atmospheric mysteries/thrillers set in Montana. What made you decide to also write mystery/thrillers?

I love the cozy, where a woman is determined to restore the damage done to her community when a crime occurs. But I also love moodier stories, where the main character is forced to respond to a threat from a source she can’t identify. I’m grateful for the opportunity to write both and share them with readers.

Your second book as Alicia Beckman is Blind Faith, due out in October. Can you also give us a hint about the plot?

A photograph. A memory. A murdered priest. A passion for justice. A vow never to return.

Two women whose paths crossed as teenagers in Montana discover they share keys to a deadly secret that exposes a killer—and changes everything they thought they knew about themselves.

In all the books you’ve written, is there one book in particular that is extra special to you – and why?

Books are like children or pets—each is special in its own way. The first book, the first novel, the one I feared no publisher would ever buy. I learn something new with each book, sometimes as a result of a craft challenge I’ve set myself and sometimes by accident!

The Solace of Bay Leaves may be my favorite cozy. I let Pepper truly be herself – what the Library Journal review called “a mature, introspective sleuth”. Pepper acknowledged some painful truths about herself and her relationships while probing a brutal attack on a friend that turns out to be connected to an unsolved murder. I had a hard time until the light bulb went on and I realized that her struggles were the heart of the book. Then it flowed!

And I’m both excited and nervous about the upcoming release of Blind Faith, set largely in Billings, Montana, where I grew up, though the events and characters are completely fictional. Identity, justice, women’s friendships, classic buildings, and the glorious Montana landscape—all my recurring themes and motifs in one book!

Writing so many fabulous books must keep you pretty darn busy 24/7. But when you do have some “downtime” at home what do you enjoy doing the most?

Mr. Right and I love to cook, hike, and sail. I read a lot, and I’m also reclaiming the garden I literally let go to seed while focusing on other things!

Readers are some of my favorite people! Thank you for embracing my characters and me. I love connecting through Facebook www.Facebook.com/LeslieBudewitzAuthor, Instagram, my website and monthly newsletter www.LeslieBudewitz.com  —subscribers get a free short story download. Right now, it’s “The End of the Line,” originally published in Alfred Hitchcock Mystery Magazine, featuring an elderly Greek man who seriously hates change.

Thanks for having me, Ann!

A special thanks to Leslie/Alicia for taking the time for this interview. Leslie’s Peppermint Barked will be out in July and writing as Alicia Beckman, Blind Faith will be out in October. Both can be pre-ordered at Amazon and other fine booksellers.