Always The First To Die by R.J. Jacobs 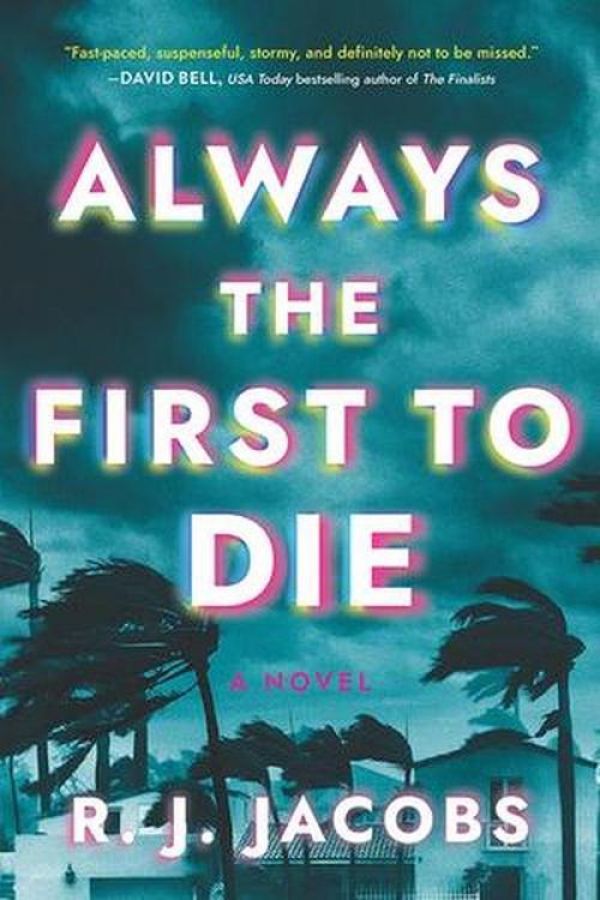 It’s been 25 years since Lexi starred in the horror flick, Breathless, filmed at the Pinecrest Estate in the Florida Keys. She and her teenage friends were excited to be “extras” in what was soon to become a horror film classic.

Her husband, Cam, disappeared a year ago – his empty boat found drifting aimlessly in the ocean near the scene of Breathless. Suicide? Accident? No one had answers, leaving her with sleepless nights and painful memories. She’s now a widow with a teenage daughter, Quinn, and living on the west coast of Florida.

Lexi is mortified when she finds out her headstrong daughter took off to the Florida Keys, right back to the now dilapidated Pinecrest Manor house. Quinn never accepted her father’s death and she’s convinced he’s still alive. She’s hellbent on getting answers and is down there to do some digging.

Quinn snooping around doesn’t sound so bad. But here’s the kicker: The set of Breathless was rumored to be haunted. Even while filming, there were strange goings-on, ghostly figures appearing out of nowhere and way too many unexplained accidents. But the icing on the cake still rocks Lexi to the core. Lexi, along with other cast and crew members witnessed a horrific death of one of the actors on the set – and no amount of time can ever wash away the gruesome memory.

Lexi is fearful for her daughter’s life. Pinecrest Manor is not a safe place. It wasn’t before and it isn’t now. It’s still whispered about and still avoided. The actor’s vicious death and Cam’s disappearance has forever sealed the reputation of film Breathless and the Pinecrest – it’s a true horror experience and cursed!

But as Lexi prepares to go to the Pinecrest to retrieve her daughter, things go from bad to worse. There’s a major hurricane coming. Traffic is jammed leaving the Keys. As Lexi finds out, it’s a nightmare trying to get to her daughter with the storm hitting straight on – now she’s got to save herself so she can save her daughter!

This is a #1 thriller. It’s has a quiet suspense that builds up slowly. The characters get inside your head, filling your senses with the impending doom of a category 4 hurricane, the plight of a mother desperately trying to reach her daughter and a killer that defies justice.

Then it hits you with a rapid one-two punch – and a few pages later, it lands punch number 3! Not too many books make me bolt up in my chair and have me mumbling “Wow! Wow! Wow! – sure didn’t see that coming!” – but this one did!

It’s an intricate plot with hidden layers of mysteries from the past. Always the First to Die feeds on your psyche – were the deaths at Pinecrest caused by spirits of the dead – or are these flesh and blood evil beings? Even I wasn’t sure which way this book was going! I simply couldn’t put this book down – I HAD to know what really happened 25 years ago. Like Quinn, Lexi’s daughter, I HAD to have the answers! When I got them, I blew out a long sigh followed by another “wow.”

Don’t miss this suspenseful mystery, Always The First To Die by R. J. Jacobs being released in September by Sourcebooks. You can PRE-ORDER this book NOW on Amazon and at other fine retailers.