The Man Who Didn’t Fly by Margot Bennett 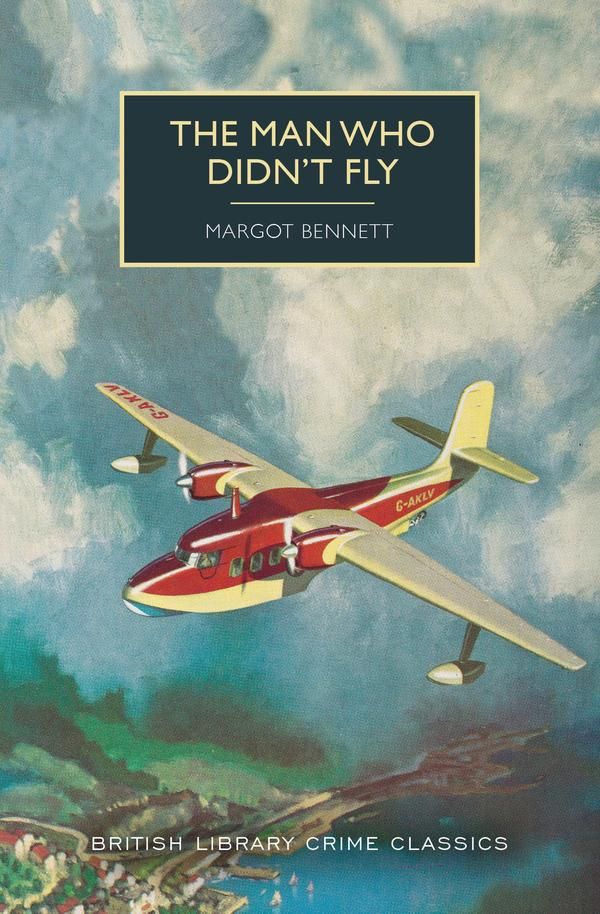 While I love my traditional mysteries, cozies and thrillers, sometimes I like to switch it up a bit with a British Library Crime Classic.

Poison Pen recently re-released another dynamic, subtle crime/mystery classic, The Man Who Didn’t Fly by Margot Bennett.  Published in 1955, I knew I was in for a good read when the intro touted Ms. Bennett’s career coming to a sudden and rather mysterious end at the peak of her writing ability.

Four men arranged to fly to Dublin on a privately chartered plane.  The plane becomes a fireball and crashes into the sea.  It’s determined, however, that only three of the four men actually boarded the plane.  Who was the man who didn’t fly?  And that is where the story really begins.

Joseph Ferguson, Maurice Reid, Harry Walters and Morgan Price all planned to leave England for various reasons.  One was a poet, 3 were businessmen. Some had questionable pasts, some had questionable futures – but only one escaped a fiery death…but which one?  And more importantly, why did he not come forward after the plane crash?

Inspector Lewis and Sergeant Young have their hands full.  It’s impossible to identify the victims.  Ms. Bennett leads us down a shadowy path with Lewis and Young as they keenly interview family members and witnesses to figure out who was not on that plane.  Why did the lone survivor disappear and did he or someone else intentionally sabotage the plane?

This intensely descriptive mystery will have readers trying their best to methodically figure out who was the odd man out, and more importantly, why he was not on the plane.  Ms. Bennett’s writing style back in the 50’s is a totally different tone than today’s settings – and I enjoy the change.  Here’s a short quote describing a man tending bar:   “He sat on a low stool, his great, yellow regular face hanging over the bar like a disfigured moon; occasionally pouring a drink…”

Ms. Bennett feeds us pronounced pieces of each man’s background as the story calmly moves on.  It’s up to us to put them together like a jigsaw puzzle flaunting neutral tones.  And it seems like the more pieces you gather, the more challenging it becomes.  After learning all the details of the men’s backgrounds, you’ll be presented with possible and improbable motives.  You may even find yourself picking out the one man that you hope didn’t board that doomed flight to Ireland…but will you be right?

This is a quiet, thought-provoking crime/mystery classic.  Once again, hats off to Poison Pen for bringing us the finest British Classics mostly written during what is considered the Golden Age of crime writing.  If you are looking for something different, I highly recommend this book.  I found it best read with a hot cup of tea and scones – or some warmed up Irish soda bread topped with a dollop of butter and orange marmalade.