The Corpse In The Waxworks by John Dickson Carr 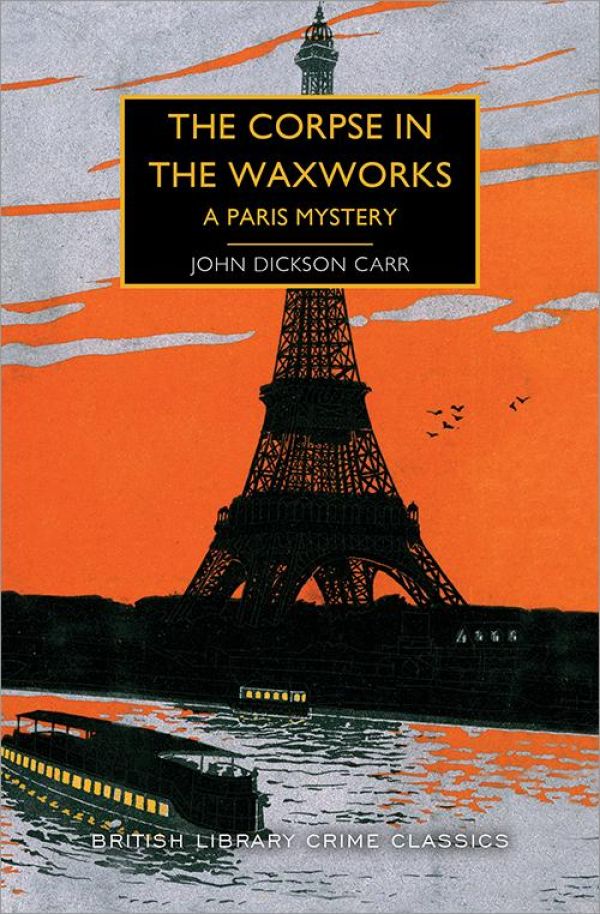 Carr is noted for his superior locked room mysteries. This mystery features his police detective, Bencolin – a detective so smart and methodical that, I daresay, could give Sherlock Holmes some stiff competition! Bencolin describes himself as a man-hunting dandy and he’s the head of the Paris Police.

In this stealthily plotted tale, we find Bencolin coming face-to-face with his long-time nemesis, Etienne Galant. Galant is a truly evil man – a blackmailer of the worst kind. And now he and Bencolin have crossed paths again.

The mystery unfolds when a body turns up in the Seine. The body was that of a young lady who was last seen entering the old wax museum, but was never seen coming out.

Thus our stage is set. The Waxworks is filled with statues of devilish artistry of gruesome scenes, and creaking and torturous corridors. There’s a statue of the Satyr of Seine. The Satyr is a Parisian myth of a boogieman monster who lives by the river and draws women to their death.

This one of the most atmospheric mysteries I’ve ever read. You’re immediately transported into the dense gloom and ominous realist figures in the museum. It’s enough to make the hair on the back of your neck stand up! Add to this brooding setting, a murderous tale that’s so subtle and intricately plotted, you’ll be drawn in and mesmerized until the very end. And be forewarned, just when you think the mystery is solved and the end in sight – well, you are dragged back into the whole sinister plot with more surprising twists quietly stepping out of the shadows.

If you love a good game of cat and mouse — you’ve found it, as Bencolin faces off with his fiercest and most spiteful enemy, while trying to solve not only one murder, but two. You’ll be introduced to the Club of Coloured Masks – a high-end exclusive club restricted to the most elite – a hidden club with a secret membership roster – a club of assignations. Everyone wears a mask, so not even the members recognize each other.

This is one of the finest mysteries I’ve ever read, just like Carr’s The Lost Gallows (see review under the Mystery Category). InThe Corpse In The Waxworks, the characters are pure perfection. Bencolin is brilliant. Everything slowly ties together and is released in meticulous bits and pieces to keep readers intrigued until the very end – and I do mean “the very end.”

Hats off once again to Poisoned Pen publishing for bringing us another British Library Crime Classic from the past.

A complimentary copy of this book was provided by the publisher.