Murder at an Irish Castle by Ellie Brannigan 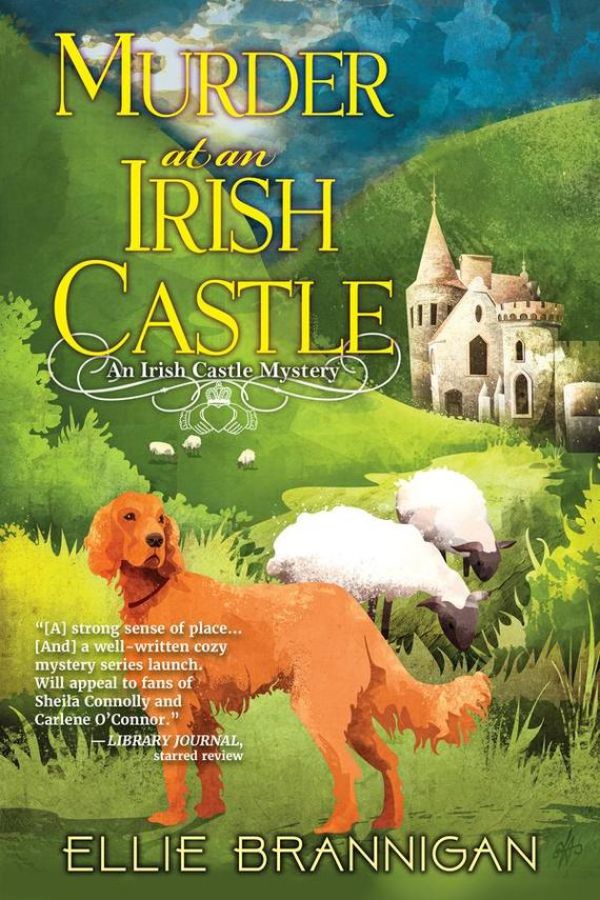 Murder at an Irish Castle, An Irish Castle Mystery by Ellie Brannigan is pristinely perfect! I was hooked — sucked in immediately from the very first few pages.

Rayne McGrath is a bright, young woman with her whole life ahead of her. Rayne McGrath is also as happy as a lark! She’s launched a new and successful Modern Lace Bridal Boutique with her partner (and love of her life), Landon. Not only is it a prestigious Hollywood boutique, but Rayne and Landon have formed a solid partnership and are known around town as an up-and-coming power couple.

Rayne’s got the world in the palm of her hand as she celebrates her big 30th birthday! But her 30th birthday turns into the worst day of her life. What Landon does turns her life completely upside down! Frankly, it was so dastardly that I don’t want to give away too much in the review. Let’s just say for Rayne, it was one of those “never saw it coming” moments – something that only happens to other people – or so she thought.

In addition to the turmoil caused by Landon, her Uncle Nevin in Ireland met an untimely, accidental death. In the midst of all the chaos and drama, Rayne’s shocked that she is summoned to Ireland for the reading of his will. The timing couldn’t be worse, but out of respect for their deeply rooted family heritage, she has to go – NOW!

And once Rayne is there, she’s a guest at Uncle Nevin’s castle. The castle is an estate with a village of less than 500 people attached to it. The estate is self-sufficient. The land is farmed for food – sheep are used for their wool and meat, etc. It’s a struggle, but it’s a way of life – it’s the McGrath way.

The setting that starts in Hollywood and ends in Ireland is immaculately perfect. This tale is so authentic and cleverly designed, you’ll literally lose your mind over the conniving doings of ex-beau, Landon, and become immersed in the tensions Rayne faces with her cousin, Ciara, other staff and townsfolk.

Thirtieth birthdays are supposed to be special. But for Rayne, she’s finding out that she’s not only going to have to fight to keep her bridal business going without Landon, but she’ll have to do it from Ireland! Again, I’m not going to spill the beans as to why, but Rayne is stuck in Ireland for a whole year!

A whole year in a very “unlike” Hollywood surrounding – an old stone castle and estate in need of repairs and sketchy internet service. Not only is financial ruin on the horizon for Rayne’s bridal boutique, but also for Uncle Nevin’s castle/estate.

There’s a lot going on in this solid A+ cozy mystery. Rayne sure has her hands full dealing with the fallout of her bridal shop disaster, her uncle’s failing castle/estate and an accidental death that quietly becomes “not” so accidental.

This is a totally delightful and infectious story loaded with originality. The characters, setting and story will stay with the reader. And once you finish this exceptional debut, you’ll be hoping/begging Ellie Brannigan and Crooked Lane Publishing to bring us MORE MORE MORE in this Irish Castle Mystery series.

Murder at an Irish Castle by Ellie Brannigan will be available February 7th at Amazon and other retailers.

A copy of this book and cover photo were provided by Crooked Lane Publishing.