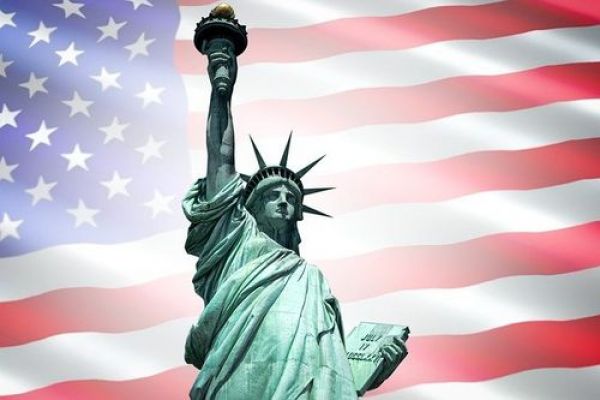 Around the 4th of July who doesn’t feel extra patriotic? And this July 4th we have another new freedom to celebrate. Freedom from Covid. Covid is going “down” and businesses are going back “up!” It’s another win for our country, another reason to celebrate ALL of our freedoms and our independence.

Every year I re-post this song list and hope it makes you proud to be an American. Some songs are somber reminders of those who fought for our liberties. Others are just plain, good old-fashioned fun patriotic songs. Load these songs into your favorite listening devices or check them out on YouTube while you celebrate the 4th in your own special way.

Do you remember Ssgt Barry Sadler’s 1966 Ballad of the Green Berets? If you haven’t heard it in a while or never heard it, check out the lyrics — a solemn tribute to our brave heroes who fought for our country.

Back in 1985, Paul Hardcastle gave us “19” — a truly heart wrenching account of the Vietnam War. The lyrics were meant to make you stop and think – and they do. The average age of a soldier in World War II was 26, but for Vietnam it was “19.”

Who doesn’t want to put their hand over their heart when they hear Lee Greenwood sing God Bless the USA? And can you keep your feet from dancing when you hear James Brown lovin’ and livin’ in America? Or when Springsteen packs a mega hit punch with Born in the USA?

Country artist Aaron Tippin has always been a hardworking patriotic singer whose songs reflect his attitude. His down to earth, honest country music is timeless. His 2001 song, Where the Stars and Stripes and the Eagle Fly, makes a proud and loud statement. It’s the story of the “lady that stands in a harbor” and he hits it home with “…I pledge allegiance to this flag and if that bothers you, well that’s too bad –but if you got pride and you’re proud you do, hey we could use some more like me and you…”

For 60’s rockers looking for a psychedelic version of our National Anthem, there’s nothing like Hendrix’s version at Woodstock. Check out his performance on YouTube and dig that groovy white fringe shirt and blue bell bottoms as he electrifies our anthem like nobody else ever could or ever will. Pure instrumental, pure 100% Hendrix!

Feeling more 70’s hard rock? You can find Kiss (oh yeah) with their wild laser show complete with their promo Statue of Liberty and fireworks, putting their own spin on our Star Spangled Banner.

Songs like American Woman and Surfin’ USA don’t ooze of patriotism, but have a fun, holiday feel. They are classic songs that everyone knows and can sing and dance to.

Get your party started by watching a phenomenal performance of American Woman with Prince teaming up with Lenny Kravitz. While the Guess Who’s version was stellar with a rugged, hard-edge pulsating beat, watching two of the best guitar players ever, teaming up together, blows my mind. Their mesmerizing riffs and moves had me grinding in my chair. One can only imagine if Jimi were alive and had joined them, it would be beyond rock history. Imagine – 3 legends with their unique guitar slides, prima donna struts and world class guitar playing spanning decades! Wonder if Prince is up “there” now, jamming away with Hendrix – they didn’t knock on heaven’s door – they broke it down!

Let us remember and be thankful for all those who have unselfishly served our country in the past, present and the future. Because of our heroes, we are able to celebrate our freedom and independence.

All media formats which include photos, videos, music including MP3 formats, etc. are the copyright of their respectful authors, owners, producers and publishers.