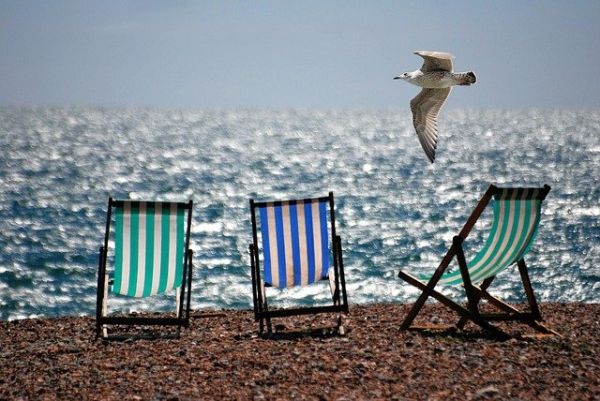 Officially summer doesn’t start until June 20th. But most folks view Memorial Day Weekend as the unofficial summer kickoff – and that’s not a bad thing! Time to whip out the lemonade, cocktails and summer reading – and pop some summertime tunes into your favorite listening devices.

Past decades have given us some of the best summer songs EVER. Whether you wanted soft songs for summer romance, sunny “pop” songs to go cruising to the beach, or songs with a hard, danceable summery edge, you need to look no further than the Oldies Vault.

All of these songs charted on the Billboard Top 100 at some point, yet some of these are lost gems that are rarely (if ever) heard on the oldies stations – songs like the slow, sweet romantic My Summer Love by Ruby and the Romantics, and Distant Shores by Chad and Jeremy. One of my favorite summer power hits is Hot Summer Nights by Night. This rarely played tune features female vocalist Stevie Lange and Chris Thompson (lead singer/guitarist from Manfred Mann’s Earth Band). Stevie’s vocals are pristine as she belts out her story about those Hot Summer Nights.

Harry Belafonte oozes a summer island vibe with his Banana Boat (Day-O) song. One can actually relate to laboring in the hot summer sun as the quiet and melodic accompanying voices almost lull us into a peaceful island sleep at the end of a hard day.

And how do you prefer your Summertime Blues? Eddie Cochran’s version in ‘58 was a fast-paced, light and airy pure pop version – a perfect song for hitting the beach. Or maybe you prefer The Who’s ‘70’s version. The Who took out the pop and added the rock! They put hardcore “blues” into their Summertime Blues. Their version is perfect for downing a beer or shot of tequila at your favorite beach bar. Check both videos out on YouTube and see which one you prefer – tough choice!

And speaking of tequila, The Champs were a combo from LA who gave us their chart-topping, peppy, jumpy song, Tequila, in ‘58. The Champs had two other hits that landed on Billboard, yet I was totally unfamiliar with them: Too Much Tequila and El Rancho Rock. Both were instrumental, but El Rancho Rock added some high hitting wails, plus a few growls and cat calls. Through their successful years The Champs changed personnel, and in 1960, guitarist Glen Campbell spent some time in the group!

The 80’s smash TV series Miami Vice gave us a whole new summer vibe. Suddenly white suits, pink shirts, shoes without socks, etc., became a hip summer fashion trend for men of all ages. Miami was hot hot hot and so was this action-packed TV show where good guys Don Johnson and Philip Michael Thomas chased down super charged cigarette boats and drug smugglers. Jan Hammer planted the TV’s theme song firmly onto the Billboard charts in ‘85, while Eagles founding member, Glenn Frey, spun off summer-vibed Miami Vice soundtrack hits like: The Heat is On, You Belong to the City and Smuggler’s Blues.

So feel the heat and test your memory to see how many of these blasts from the past you remember. Check them out on YouTube or load them onto your favorite listening devices – HERE COMES SUMMER: