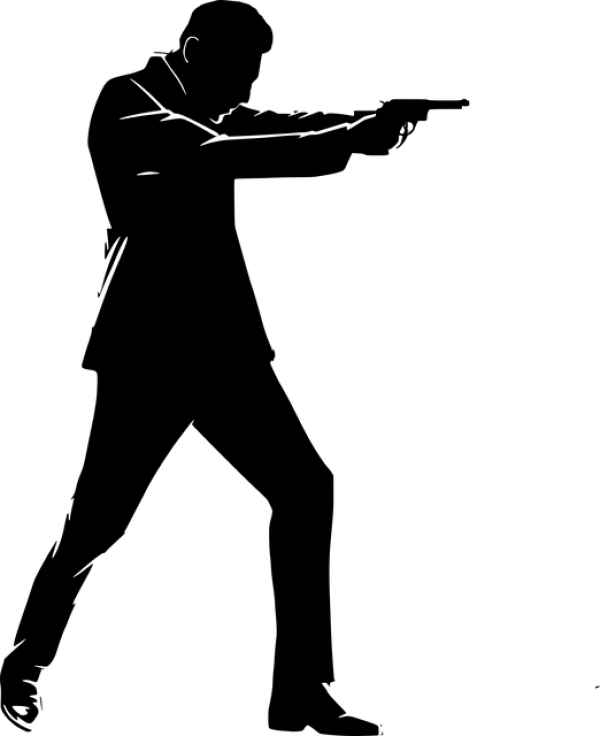 Through the decades TV shows and hit movies have given us plenty of great theme song music.

Some of the biggest and catchiest hits belong to good guys and spies. So let’s crack open the oldies vault and bring out some of these songs – some forgotten, others, still popular today.

Ian Fleming’s books came life on the big screen in 1962, bringing us the very first James Bond movie, Dr. No. And the Bond movies (thankfully) never-ended. Most of the movies spurred mega-hit theme songs. Just a few are listed below, featuring everyone from Nancy Sinatra to Adele, etc.! How many can you name without peeking through the list?

Sidney Poitier wound up being a hero, as well as a teacher in the ‘67 British drama, To Sir With Love. The movie dealt with social and racial issues at an inner city school. Lulu who sang the theme song, make her film debut!

In 1966, Hugo Montenegro recorded the theme for The Good, The Bad and the Ugly, but didn’t release it on vinyl until ‘68 (after the movie had been out). The theme has a haunting whistling, coyote sound. Much to Hugo’s surprise, his instrumental charted on Billboard’s Hot 100 climbing all the way up to #2 (lonely Mrs. Robinson held the #1 spot). The spaghetti western movie was also a huge success. Clint Eastwood was “the Good” – Lee Van Cleef was “the Bad” – and Eli Wallach, well, he was just plain “Ugly.”

In 1967 Lalo Schifrin gave us the original instrumental theme song to Mission Impossible. The TV series featured a small team of secret government agents known as the Mission Impossible Force (MIF), targeting hostile and evil-doers around the world. Over the years the theme was reworked for the Tom Cruise Mission Impossible movies, but the incessant beat is still catchy (on any version) and relevant today.

1969 found The Ventures taking the Hawaii 5-0 Theme high up on the Billboard Charts, while we couldn’t get enough of cool-headed Jack Lord taking on the bad guys in this lush tropical paradise. Detective Danny “Danno” Williams (James MacArthur) played Lord’s right-hand man, and many episodes closed with the catchphrase: “book ‘em Danno.”

In 1971 Isaac Hayes gave us the funky cool theme to Shaft – his sexy voice smoothly cooed about Shaft – the man who would risk his neck for his brother, man – then coyly asks “can ya dig it?” Richard Roundtree starred in the original title role – and yes, we can still dig it!

1977 served plenty of eye-candy to the ladies and provided solid PI crime drama to the guys when 77 Sunset Strip hit the TV screen. The all-star cast featured: Efrem Zimbalist who never lost his cool, Richard Long was simply dashing, Roger Smith was smooth and Edd Byrnes was cool and hip as “Kookie” (**and had women begging for his comb).

And the private eyes and police just kept coming – all bringing us some of the most memorable and catchy theme songs still heard today. Mike Post found a true niche with his themes from stellar shows like The Rockford Files, Hill Street Blues, Magnum, Hunter and so many more.

Take a stroll down Memory Lane with these Good Guys and Spies theme songs that hit the Billboard and pop charts:

For Your Eyes Only (Bond movie) – Sheena Easton ‘81

**Edd Byrnes’ signature move on 77 Sunset Strip was to constantly run a comb through his pompadour-styled hair. This spun off his 1959 pop single: Kookie Kookie (Lend Me Your Comb), featuring Connie Stevens on the female vocals.

JAMES BOND FANS REJOICE: A brand new 2021 Bond movie is about to hit the theaters in Oct: No Time To Die.