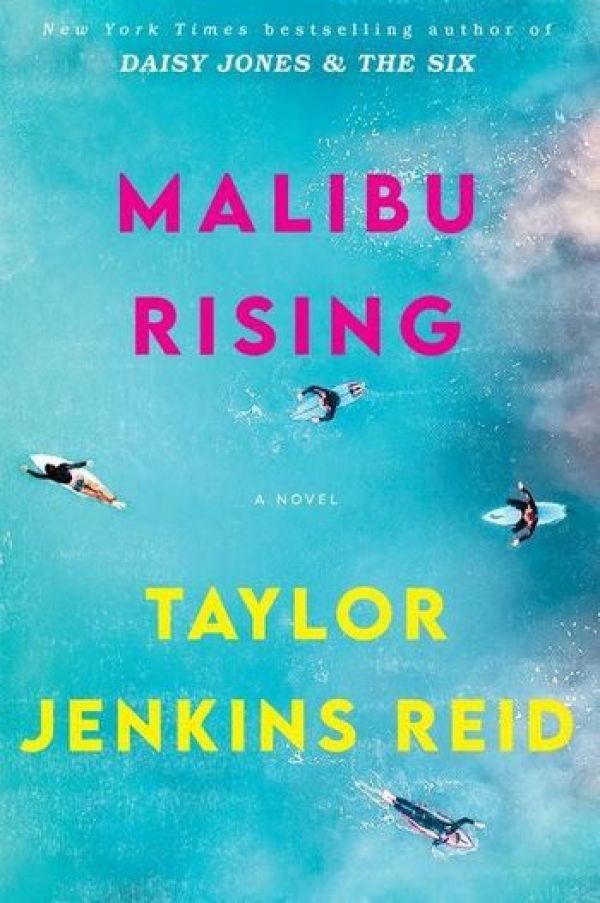 There’s a party going on in Malibu – and we’re all invited! We’re stepping back in time to August 1983 and we’re all guests on that fateful night when the Riva siblings hosted another one of their “anything goes” end of summer parties.

It’s not easy being a “Riva” – just ask any of them. Mick Riva is their world famous father. Even though they haven’t seen their famous parent in years (other than on magazine covers or news flashes), the Riva name still solidly clings to all of them. There’s no escape for the four siblings – everyone wants to hang around and party with the Rivas.

Nina Riva is a talented surfer and model. Brother Jay is a championship surfer. Their brother, Hud, is a renowned photographer. The youngest sibling is Kitt who is just beginning to “find herself.” All four grew up together catching the waves and looking out for each other, while their dad drifted in and out of their lives faster than the ocean tide.

Nina is married to Brandon, a high profile tennis pro. Up until a few days ago, Nina thought they had it all – including a beautiful Malibu mansion nestled on a cliff. But now today, August 27th, Nina is waking up to the realization that Brandon is absent…forever. Just a few days earlier Nina made the cover of a trendy magazine with the unflattering headline: Nina’s Heartbreak: How one half of America’s Golden Couple Got Left Behind. Shades of Mick Riva’s infidelities – sins of the father, are coming back to haunt her.

Now she’s hosting a party to end all parties and she’s seriously not in the mood. Too late to cancel – hundreds of party-goers (everyone and anyone) will be descending on her home later that evening.

But before we can even get to the party, Taylor Jenkins Reid takes us on a compelling journey of the Riva family and how it all began. As I followed all of their lives through the years, I found it impossible to put this book down. We are privy to all the joys, heartaches, desires and hidden secrets of each and every character.

It’s a story of a family, bound together for life — a family that weathers every storm together (and there are a “lot” of storms). It’s a story about forgiveness – forgive once? Twice? Thrice? It’s also a story about letting go and moving on.

The caveat is the BIG party – but the story leading up to the party is as mesmerizing and pristine as the ocean waves. The Rivas have noticed over the years that each party is wilder and more over the top than the last…guaranteed to make the tabloids and blow up social media. It’s a party reflecting the lifestyles of the rich and famous and not so famous – a party so wild you’ll be quietly shaking your head as you try take it all in.

Don’t miss this perfect summer read from Ballantine Books. The ending made me let out a gasp – then I remembered the saying: “the party’s over” – for the Riva family, indeed it was!