Before She Was Helen by Caroline B. Cooney 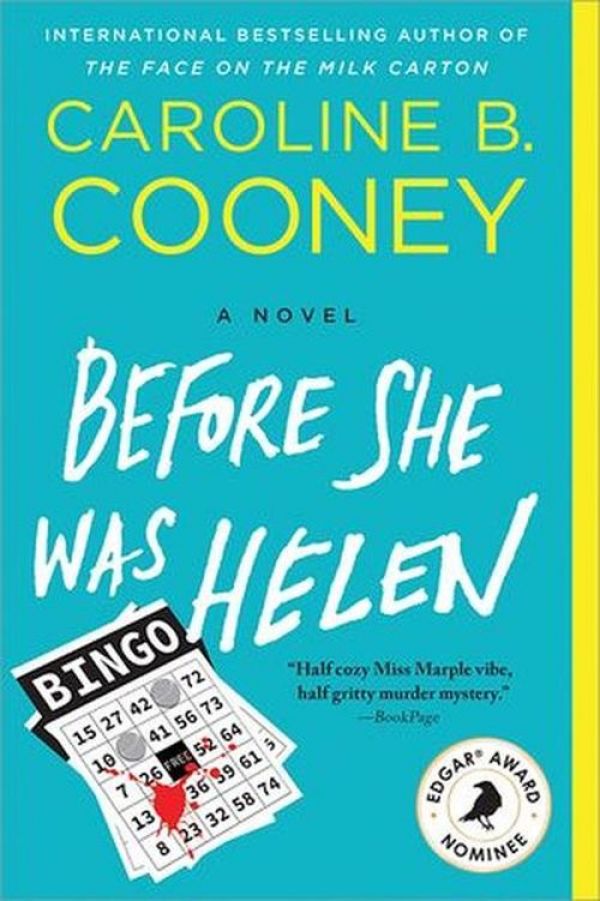 International Bestselling author, Caroline B. Cooney brings us another riveting tale, Before She Was Helen. It’s about a woman, Helen, who has lived much of her life in two different worlds. She’s a senior citizen now, but oh my, how different things were back in the 50’s and 60’s.

This is an intriguing mystery that smoothly parallels the life Helen “had” with her “current” life all these years later. I can’t say too much without giving away the plot. But what I will say that what happened to her as a young girl in a totally different time, will really stop you in your tracks.

Helen, was indeed, a victim of the times. If she had grown up in current times, there would be no story. In Before She Was Helen, both the past and the present thrive independently throughout this thought-provoking mystery. Then Ms. Cooney seamlessly merges Helen’s past life in her younger years, to her current life. Today we find Helen simply enjoying her retirement.

Helen has moved to Sun City, Carolina – quite a change from where she grew up in Connecticut. She loves her small villa that connects to two other villas in a neatly tucked away cul-de-sac in a gated senior living community.

Weekly card games, chatting with neighbors, laughing over cocktails, etc. – it’s a perfect scenario and a perfect place to live out the rest of her days. But then her next door neighbor, Dom Spesante, seems to have gone missing. None of the neighbors know how to reach Dom’s only relative, Wilson – surely he would know where Dom is. But then again, Wilson seems to be a bit of a fly by night, so it’s no surprise that he can’t be located either.

Helen has left Dom phone messages and even texted him. At first, she’s not too worried about him. But as days go by without even so much as a phone call from him, she’s filled with a quiet uneasiness.

She starts to wonder about their other neighbors, the Coglands. What’s their story? They are rarely in their villa and come and go in the most secretive ways – quite out of the norm for this sociable senior community. They haven’t been around in a while, and no one knows how to reach them either. Maybe they could shed some light on Dom’s disappearance since their own villa is on the other side of Dom’s.

With some heavy sighs, she reluctantly starts some sleuthing on her own. Big mistake. She’s unexpectedly sucked into a vacuum of swirling multiple crimes – including murder — and she can’t get out!

Crimes of the past give this mystery a dark and haunting edge. Crimes of the present put her life in real-time danger. It’s double trouble for this truly likeable heroine. Ms. Cooney presents us with two mysteries that are sure to give readers that “deer in the headlight” look until the very end .

Don’t miss this exciting book from Poison Pen Press. I was rooting for Helen all the way, and I know you will, too!

A complimentary copy of this book was provided by the publisher.