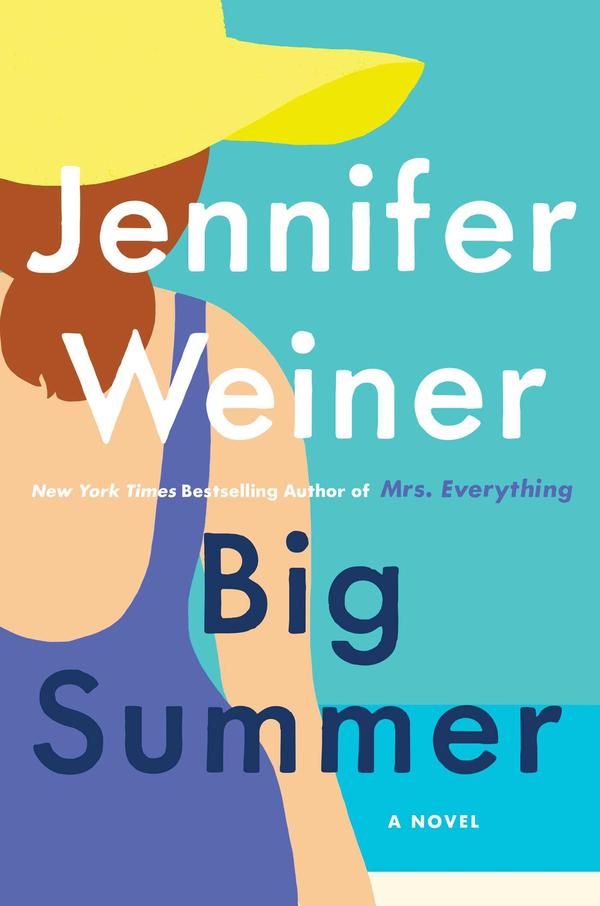 The new release, Big Summer, by NY Times Bestselling author Jennifer Weiner was raved about everywhere – and I do mean “everywhere.”  No matter where I turned, someone was singing the praises of this new book.   But one thing I did notice about all those rave reviews is that they didn’t really “classify” what kind of book this was.  Was it a drama, comedy, mystery or something else?

The terrific reviews kept smacking me in the face so hard that I finally caved and decided to find out for myself if it lived up to the hype.  Well, I’m here to tell you – it did!

Ms. Weiner has given us a skillfully crafted, perfect summer read.  The prologue locks you in with shades of what’s to come.    But even halfway through the book, I still couldn’t figure out how to classify it!  I finally concluded that it is two books rolled into one.  The first half the book delves into the deep connections of school friends and frenemies.  It’s a story of how young girls come together, bond, get used, move on and then reconnect six years later.

It sounds flimsy, but it’s not – the portrayal of the characters is so authentic that you will find this book hard to put down.  The characters Ms. Weiner builds are flawless; the camaraderie between friends is real and deep.  Her main character, Daphne Berg, is a successful social media influencer.  She’s finally starting to pick up some high profile clients and her future is looking bright as she takes on the real world.  Daphne suddenly finds herself being reconnected with her former BFF, Drue Cavanaugh.  Their friendship didn’t end well – in fact, on Daphne’s part, it became a tug of war between love and hate….a fine line for sure.

The last thing in the world Daphne expects is to wind up in Drue’s high society wedding on Cape Cod.  But here she is – giving in, once again, to Drue’s whims – literally for better or for worse.  The second half of the book focuses on the days leading up to this over-the-top mega bucks stylish wedding.  It takes us on a mental joy ride in a really fast car, putting us on a curve so sharp that it sends us over a cliff and wrecks us!

Then the mystery kicks in.  Someone important has gone missing – someone important is dead!  Daphne is caught up in all of it and she slowly discovers layer upon layer of buried secrets and illusions.  You’ll get a firsthand insider’s look at social media mavens trying to make a name for themselves; you’ll be exposed to people who are real, as well as those who are fake.  You’ll see how even the best laid plans can be the worst plans – ever!

Daphne is in hot pursuit of the truth.  With her new love, Nick (yes, there is romance), by her side and gal pal, Darshi, she’s not backing down until 20 years of questions are finally answered and a complexity of multiple mysteries is finally laid to rest.

Big Summer is a truly fantastic summer read – entertaining, fulfilling, and as well done as a book can possibly be!  Whether you’re a fan of drama or mystery, you won’t be disappointed.

Big Summer is Published by Atria Books and available at all fine booksellers.